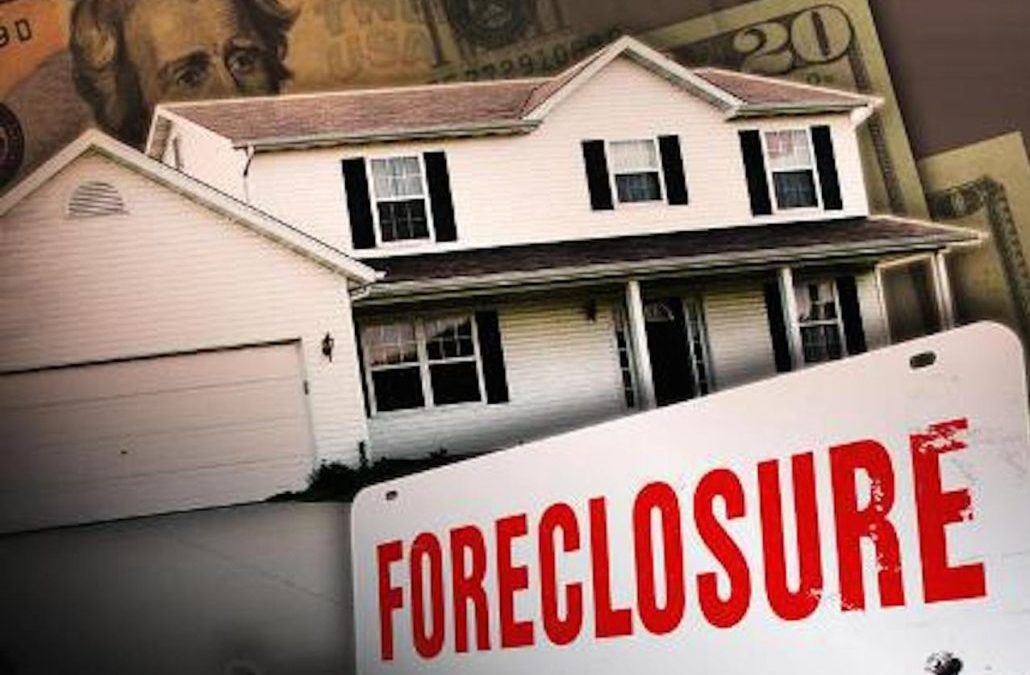 The Department of Justice (DOJ) announced earlier this week that a group of Mississippi real estate investors plead guilty for their roles in a conspiracy to rig bids at public real estate foreclosure auctions.

Foreclosure auction bid rigging is a form of fraud that takes place at a public auction in which a group of conspirators colludes with one another as bidders on properties. The goal is to restrain competition at the auction by rigging bids to obtain selected properties.

According to court documents, Kevin Moore, Chad Nichols, and Terry Tolar conspired to rig bids from approximately January 12, 2012, through at least April 19, 2017. The defendants acted as a winning bidder to obtain selected properties at public real estate foreclosure auctions in the Southern District of Mississippi.

The Department said that the primary purpose of the conspiracy was to suppress and restrain competition in order to obtain selected real estate offered at public foreclosure auctions at non-competitive prices. The defendants made and received payoffs in exchange for their agreement not to bid.

Foreclosure bid rigging is a violation of the Sherman Act which carries a maximum penalty of 10 years in prison and a $1 million fine for individuals. The maximum fine for a Sherman Act charge may be increased to twice the gain derived from the crime or twice the loss suffered by the victims of the crime if either amount is greater than the statutory maximum fine.

“Today’s guilty pleas send a strong signal that the Division will prosecute and hold accountable those who conspire to corrupt the competitive process and harm the American consumer. We extend our thanks to our law enforcement partners, with whom we will continue to investigate bid-rigging crimes in Mississippi—and throughout the United States.”

“Individuals who harm homeowners and defraud companies by cheating our foreclosure system to enrich themselves will face swift and certain criminal prosecution in Mississippi,” said United States Attorney D. Michael Hurst, Jr. for the Southern District of Mississippi. “I applaud the FBI and the Antitrust Division for their tenacity and perseverance in pursuing these criminal actions and shutting this illegal scheme down.”

“Violations of the Sherman Act not only impact America’s financial institutions and distressed homeowners but also damage our free market society as a whole,” said Special Agent in Charge Christopher Freeze of the FBI in Mississippi. “We hope that others participating in this type of corruption understand that the FBI and Department of Justice will continue to protect Americans from price fixing and bid rigging that harm our economy.”

Wells Fargo is said to be in settlement talks with the Consumer Financial Protection Bureau (CFPB) and the Office of the Comptroller of the Currency (OCC) over mortgage lending and auto insurance abuses.

Reuters reported that the CFPB acting Director Mick Mulvaney is pushing for fines as large as $1 billion. END_OF_DOCUMENT_TOKEN_TO_BE_REPLACED

Christopher Joseph, a disabled Iraqi war veteran has won his 12 year battle against US Bank this past week.

Christopher and his wife have been awarded their mortgage and home “free and clear” by the ppellate division of the state Supreme Court who threw out the foreclosure case against them. END_OF_DOCUMENT_TOKEN_TO_BE_REPLACED 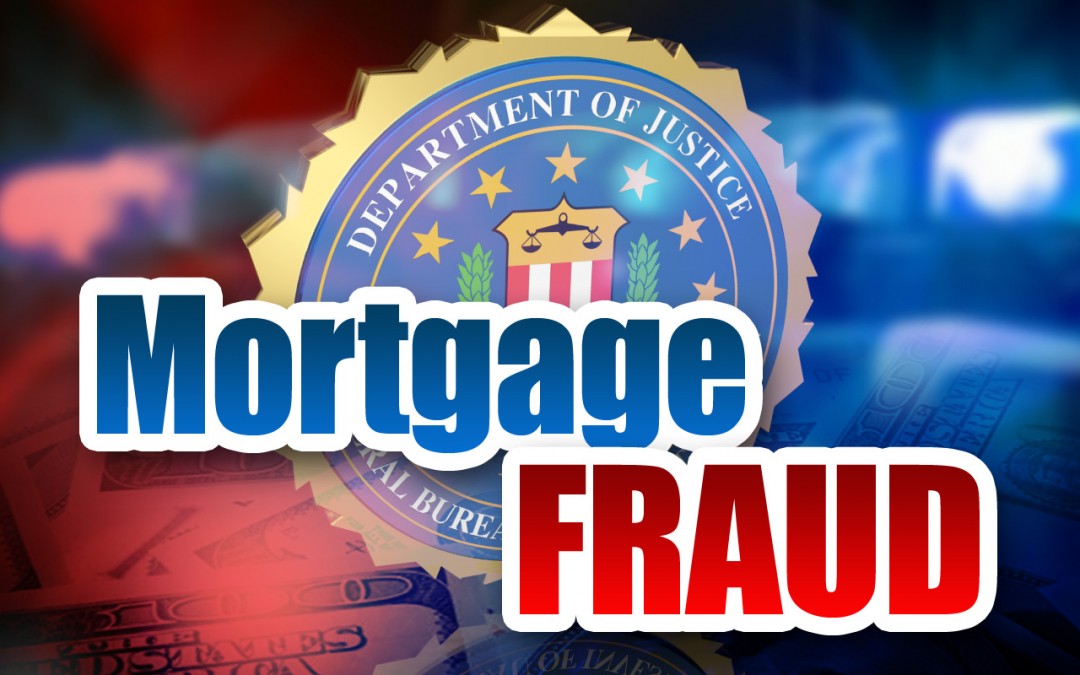 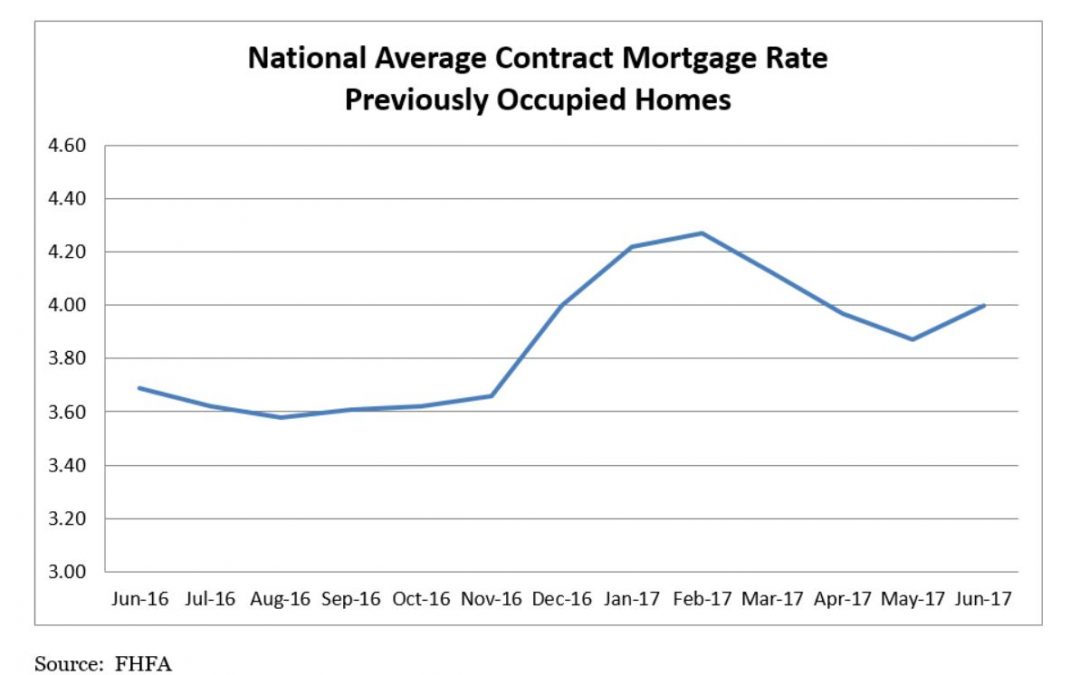 Mortgage rates across the nation were on the rise from May to June, according to the latest report from the Federal Finance Housing Agency (FFHA). 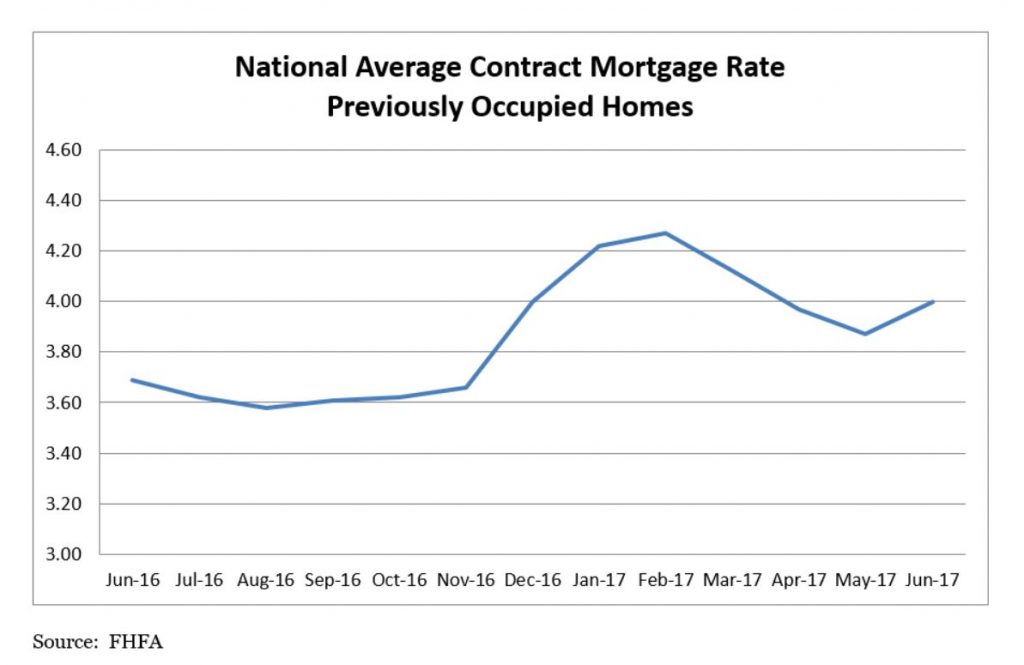 END_OF_DOCUMENT_TOKEN_TO_BE_REPLACED

The United States Department of Justice (USDOJ) announced on Monday that three California men were sentenced for operating a mortgage elimination and foreclosure rescue scam in the Bakersfield area. END_OF_DOCUMENT_TOKEN_TO_BE_REPLACED

A former New York mortgage broker pleaded guilty this past week for his alleged involvement in a mortgage fraud scheme involving several homes in the Bronx area. 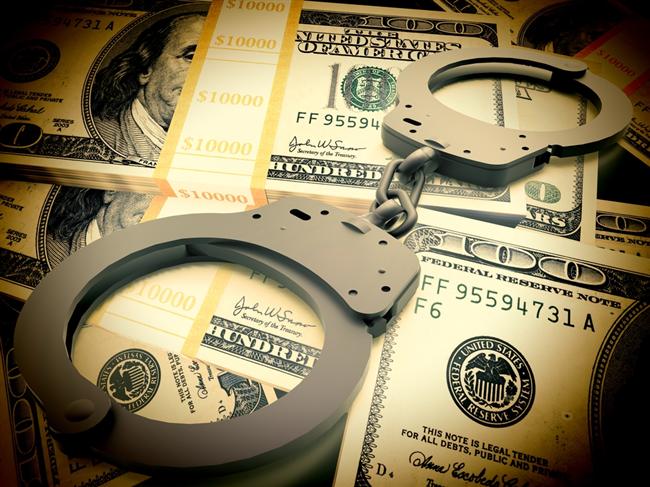 The U.S. Department of Justice (USDOJ) announced this week that three California residents were sentenced to a combined 39 years in prison for their roles in a nationwide loan modification scam that raked in approximately $11 million from the homeowner victims. END_OF_DOCUMENT_TOKEN_TO_BE_REPLACED

A former California real estate agent plead guilty this week to wire fraud and money laundering charges in connection with an elaborate scheme to defraud homeowners and mortgage holders, according to a press release from the U.S. Department of Justice (USDOJ). END_OF_DOCUMENT_TOKEN_TO_BE_REPLACED 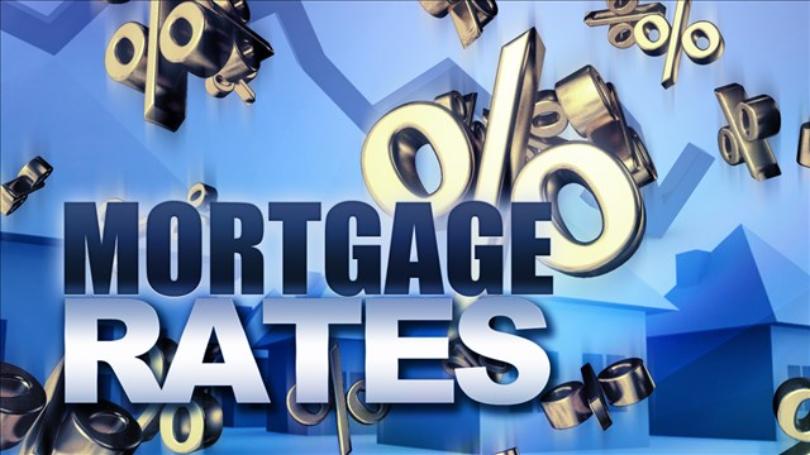 Current mortgage rates at the nation’s top lenders for this Monday morning unchanged from our last report on Friday. The 30 year fixed mortgage national average is 4.03% and the 15-year mortgage is 3.29%. END_OF_DOCUMENT_TOKEN_TO_BE_REPLACED

An Illinois loan officer was arraigned this week for his alleged role in a $7 million reverse mortgage scam that targeted lenders and elderly homeowners, according to the United States Department of Justice (USDOJ).

The defendant, Mark Steven Diamond, a loan officer with offices in Chicago and Calumet City, used his position to target his elderly victims in a home repair and loan fraud scheme. END_OF_DOCUMENT_TOKEN_TO_BE_REPLACED

A California man was arrested on federal charges this past week for allegedly being the mastermind of a $7 million foreclosure-delay scam that targeted struggling homeowners, according to the United States Department of Justice (USDOJ). END_OF_DOCUMENT_TOKEN_TO_BE_REPLACED 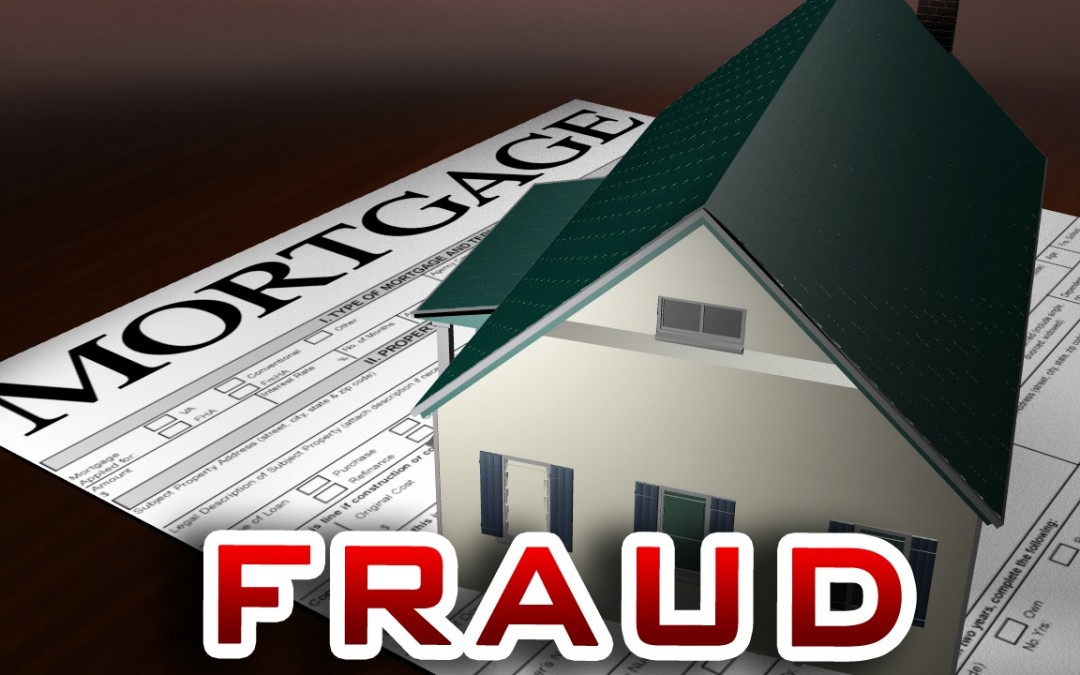 The United States Department of Justice (USDOJ) announced this past week that a former California loan officer was sentenced to 7 years in prison for his involvement in two mortgage fraud schemes and one tax fraud scheme.

Sergey Shchirskiy, 41, of Sacramento, pleaded guilty to one count of wire fraud in each of the two mortgage fraud cases, as well as one count of conspiracy to defraud the United States and one count of aggravated identity theft in the third tax fraud case. He was sentenced by U.S. District Judge Troy L. Nunley.

Shchirskiy operated the first straw buyer scam between April 2007 and November 2007. He worked with other co-conspirators who committed mortgage fraud by using straw buyers and fake documents to obtain Home Equity Lines of Credit on the properties. Shchirskiy role as the loan processor in the scheme was to create fake documents and statements.

All of the homes ended up in foreclosure, resulting in at least $1.5 million in losses to mortgage lenders.

The second scheme occurred between March 2011 and April 2011 and involved a fraudulent tax fraud scheme (2:14-cr-198). According to the USDOJ, Shchirskiy conspired with others to obtain false tax refunds by submitting fraudulent claims using the identities of various individuals, at least eight of which were stolen. 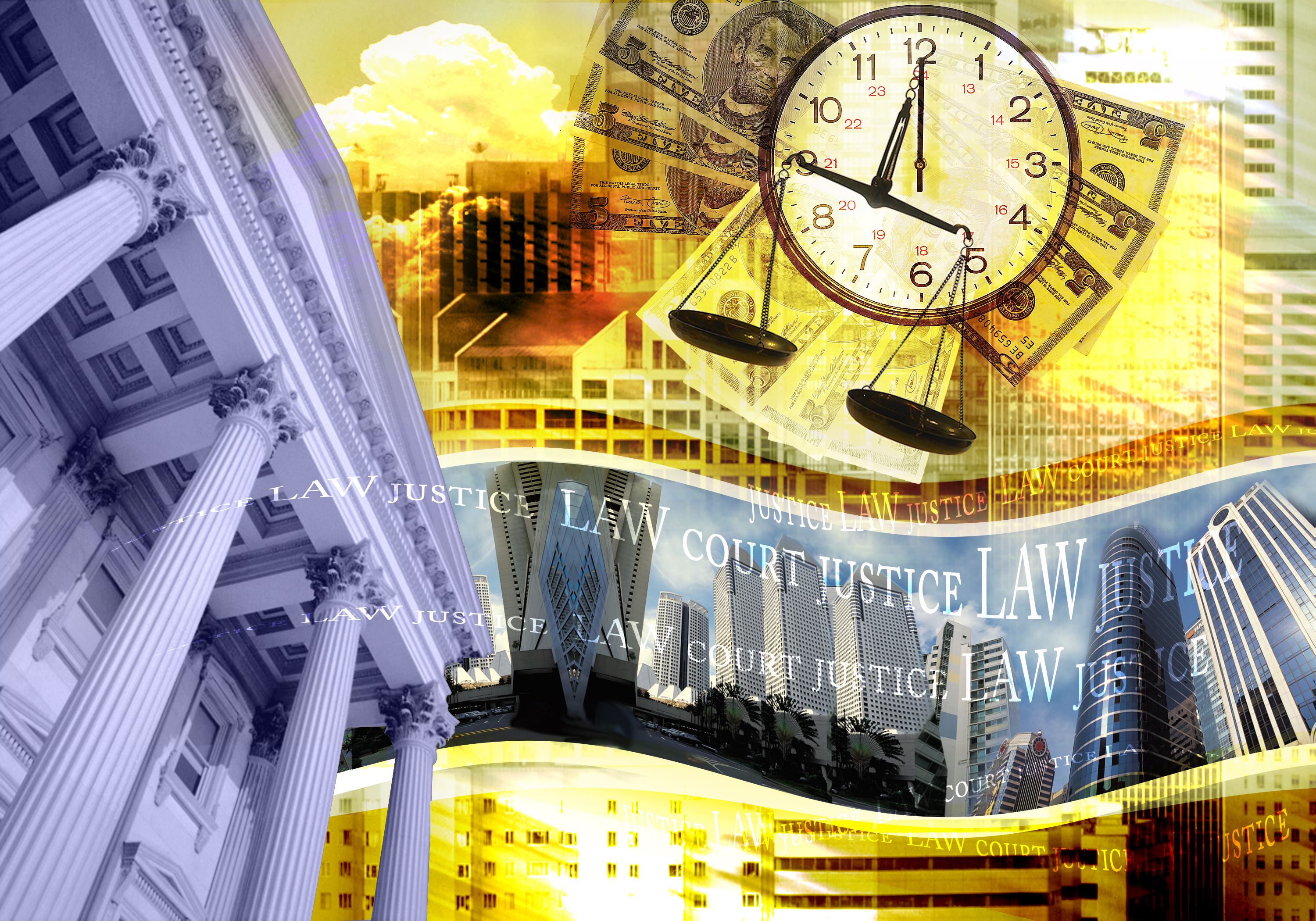 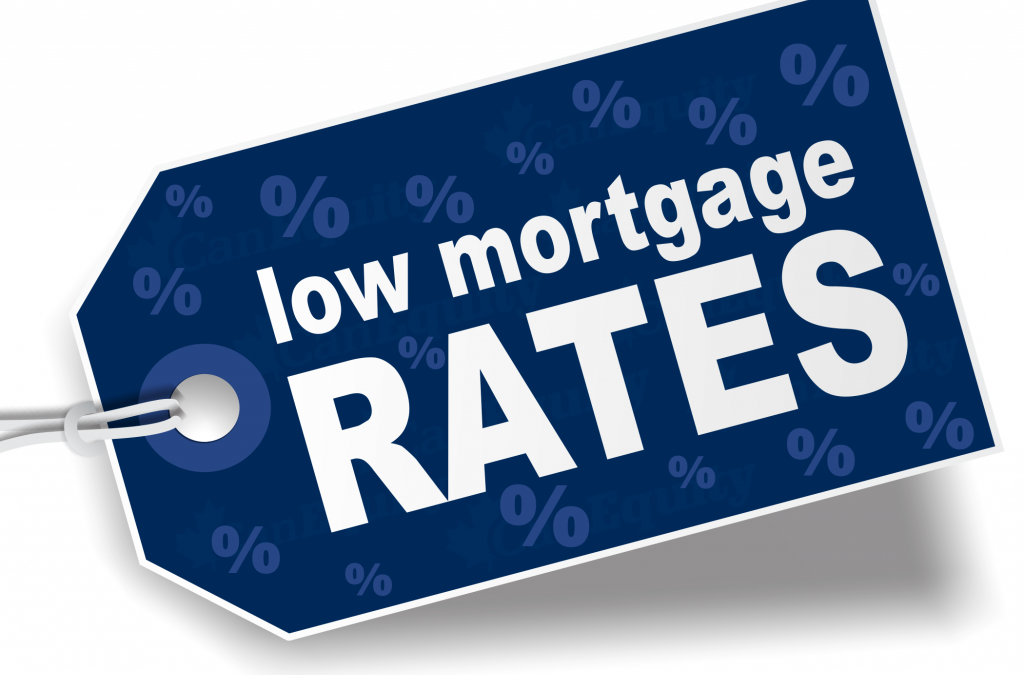 Current mortgage rates at some of the nation’s top lenders for this Tuesday morning have mostly decreased since our last report. The national average for the 30 year fixed mortgage rate is 3.94% and the 15-year mortgage is 3.19%. END_OF_DOCUMENT_TOKEN_TO_BE_REPLACED